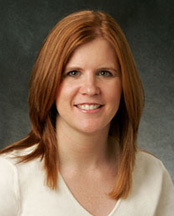 Katie O’Connell, senior vice president of drama development for NBC Entertainment, will speak Nov. 13 (Tuesday) at 7p.m. in the Browning Cinema of the DeBartolo Center for the Performing Arts at the University of Notre Dame. Her talk will include video clips from shows that she has developed and a discussion about the process of turning a program from a pilot idea into a television series.

Admission to the event is free, but tickets are required. Ticket information is available at the performing arts center box office or by calling 574-631-2800.

A 1991 Notre Dame graduate, O’Connell has led the pilot development and launch of first-year series “Chuck,” “Life,” “Bionic Woman” and “Journeyman,” as well as the popular series “30 Rock,” and currently is supervising a line-up of 60 potential drama projects, working with prominent writers and directors including Barry Sonnenfeld, Tom Fontana and Dick Wolf. O’Connell previously worked at Imagine Television, where she developed several comedy and drama projects, most notably the Emmy Award-winning shows “Arrested Development” and “24.”

The lecture is sponsored by the Browning Cinema, DeBartolo Performing Arts Center, Department of American Studies, Department of Film, Television, and Theatre, and Notre Dame Alumni Association. More information is available at http://www.nd.edu/~ftt/ on the Web.

Originally published by Son Nguyen at newsinfo.nd.edu on November 06, 2007.