For many journalists, working at NBC’s 30 Rockefeller Plaza is the thing of dreams. For Sheldon Dutes ’07, it’s a dream come true.

Dutes’ hard work and charisma earned him a job at the NBC affiliate in New York, giving him the opportunity to walk into that famed “30 Rock” at the beginning of every workday. 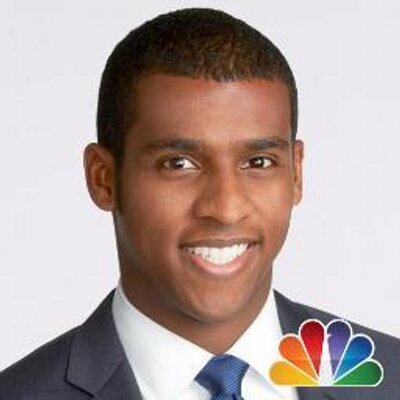 A broadcast journalist with a commanding camera presence and an impressive ability to balance empathy and objectivity, Dutes has made a name for himself with network affiliates across the country. After graduating with a degree in American Studies, Dutes began his career on the edge of Notre Dame’s campus atWNDU, South Bend’s NBC affiliate. His success has taken him to networks in Charleston, Baltimore, and now, New York City.

Yet, Dutes emphasized, much of his current success relies on the foundation he gained at Notre Dame.

“When you’re working in a newsroom, there are so many different components and people contributing to the finished product. I know I represent one small facet of the bigger newscast,” said Dutes. “Contributing to something larger than myself always reminds me of my collaborative experiences at Notre Dame.”

His involvement with student government is one such example.

“By helping me learn how to work toward a common goal with a large group of people, how to compromise with those I may disagree with, and how to stand up for myself when need be, the lessons I learned with student government benefit me even now,” said Dutes.

Working as a campus tour guide helped Dutes overcome his fears while having fun with perspective students and their families.

“Believe it or not, I used to be, and sometimes still am, afraid of public speaking,” said Dutes. “As a tour guide, I had to learn how to speak up, be articulate, and be myself. That definitely translates to the job I do today. Also, it was more fun than anything.”

While on campus, Dutes also was a contributing reporter for the student-organized NDTV and a news announcer for WSND FM, the campus radio station. Those two commitments provided him with many technical skills that helped him transition into broadcast journalism after graduation. College of Arts and Letters classes such as Social Movements, Broadcast Journalism, and a freshman seminar with Rev. Edward A. “Monk” Malloy, C.S.C., ’63, ’67 M.A., ’69 M.Th., provided intellectual rigor that compelled him to see all sides of an issue and speak while considering the views of others.

Amid a slew of monumental memories, Dutes credits the Summer Service Learning Program (SSLP) he participated in through the Center for Social Concerns as the pivotal point of his Notre Dame career.

“Most students doing domestic SSLPs stay with a host family away from the service site, whereas I was eating, sleeping, and praying in the Catholic Worker. So that was a tremendous experience,” said Dutes. “It challenged my faith, it reaffirmed it, and it drove home the spirit of empathy that my parents taught me and that the University fosters in all its students.”

At the Catholic Worker, Dutes lived and served with 25 homeless men the summer before his senior year. His service there allowed him to see the struggles of others and appreciate the strength of people facing incredible hardship.

“The empathetic perspective I gained through that experience at the Catholic Worker and from my other activities at Notre Dame is the most valuable tool I have,” said Dutes. “It gives me a chance to pause and to see the struggle of the person in front of me. As a result, the way that I approach the story and ask questions when I’m gathering information—whether it be a happy story or a sad one—relies on a thoughtful, sensitive manner.”

As a general assignment reporter, Dutes takes on a variety of stories that require him to utilize the skills he developed at Notre Dame.

“On any given day I might report on a crime, local politics, severe weather, court proceedings, breaking news or a human interest story,” said Dutes. “Regardless of the assignment, I always incorporate empathy with my interview subjects—especially victims—but I’m also tough when I need to be to make sure every side of the story is fairly presented.”

Since New York City is in many ways the center of the country, Dutes often reports on local stories that become national headlines, where empathy and objectivity become of the utmost importance.

A mere month after moving to New York, Dutes was on assignment in Newtown, Conn. Even in the face of tragedy, a reporter must remain a calm, comforting voice for the public.

“When tragedy strikes, we as reporters have the opportunity to help people make sense of what is happening around them,” said Dutes. “The encouraging element of reporting on these tragedies is being able to give people the information needed to take agency to help in whatever way they can.”

Every story Dutes reports on makes an impact on him, challenging his held-notions, bringing him to new understandings, and, he hopes, making him a better person.

Often times, it’s the smallest stories that remain large in his mind.

“Right before moving to Baltimore, I reported on flooding in a neighborhood in Charleston. The story at first seemed to be just a local weather story, but ended up getting the attention of local officials to help with the flooding problem,” Dutes said. “From the everyday human interest stories to the national headlines, I truly believe these stories are worth covering. You never know what good you can do just by standing behind the camera and sharing the news.”