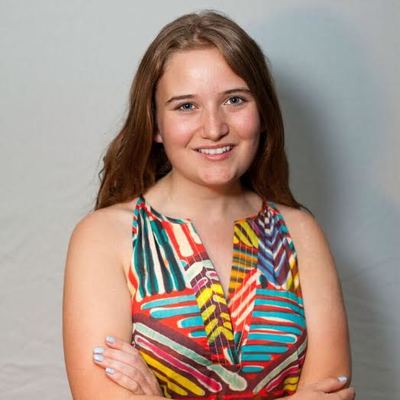 The Department of American Studies congratulates major Tessa Bangs on her appointment as Editor-in-Chief of Scholastic magazine for the 2017-2018 term. Tessa, a junior from Montclair, New Jersey, has worked at Scholastic since arriving at Notre Dame in 2014. She previously served as News Editor and Managing Editor of the magazine.

"I'm thrilled to be named Editor-in-Chief of Scholastic and to begin my term with this upcoming April issue," said Bangs, who also minors in the Hesburgh Program in Public Service. "Scholastic, along with American Studies, has been among the most important aspects of my Notre Dame career, and being chosen to lead the magazine through the next year is an honor."

Bangs has worked in communications and non-profit management, and looks to be involved in public relations or political communications after she graduates. Her academic career in American Studies and her professional path up through the Scholastic ranks have added to this goal. "I have always loved storytelling above all else, and Scholastic has given me a mode through which I can hear stories and subsequently tell them," she concluded. "I couldn't ask for a greater gift."