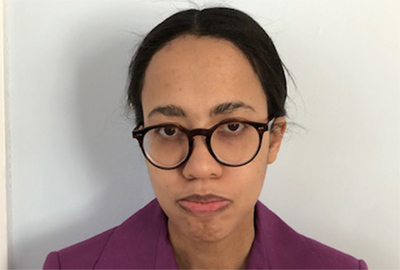 The University of Notre Dame’s Cushwa Center for the Study of American Catholicism is pleased to announce that Leah Mickens has been named the inaugural recipient of the Cyprian Davis, O.S.B., Prize for her book project, “In the Shadow of Ebenezer: A Black Catholic Parish in the Age of Civil Rights and Vatican II.”

Mickens recently earned her doctorate from Boston University’s Graduate Program in Religion. Her project takes as its focus Our Lady of Lourdes Catholic Church in Atlanta, the city’s oldest historically Black parish, located one block from Ebenezer Baptist Church, where Martin Luther King Jr. served as co-pastor. Mickens examines how Black Catholics at Our Lady of Lourdes influenced and were influenced by the religious and social change ushered in by the Second Vatican Council and the civil rights movement. Among other things, the study considers the liturgical inculturation and ecumenical exchange whereby the parish affirmed and reinterpreted its Black Catholic identity in a postconciliar, Southern, and Protestant-majority urban context.

“The selection committee was gratified to receive so many stellar applications reflecting the variety of research advancing Black Catholic studies right now,” said Kathleen Sprows Cummings, director of the Cushwa Center and the John A. O’Brien Professor of American Studies and History at Notre Dame. “Among the group, Dr. Mickens’ work in particular stood out. It sets a very high standard for the future of our newest funding program, and we’re excited to see it progress toward publication.”

“Dr. Mickens’ work brings together how both the Second Vatican Council and the civil rights movement engaged the minds, spirits, and activism of Black Catholics,” said Cecilia Moore of the University of Dayton, who served as a member of the prize’s review committee. “This is a study that I will love to see published and to teach as well. It also promises to open the way for more studies like it.”

In September 2020, the Cushwa Center in partnership with the American Catholic Historical Association (ACHA) launched the Davis Prize to recognize outstanding works in progress on the Black Catholic experience. The prize honors Father Cyprian Davis, O.S.B. (1930–2015), a Benedictine monk and beloved scholar whose groundbreaking book The History of Black Catholics in the United States (1990) won the ACHA’s John Gilmary Shea Prize.

The Davis Prize is awarded annually and includes a cash award of $1,000. Recipients will be honored each January at the ACHA’s annual meeting.  The next application deadline is December 31, 2021.

Originally published by Shane Ulbrich at cushwa.nd.edu on February 25, 2021.