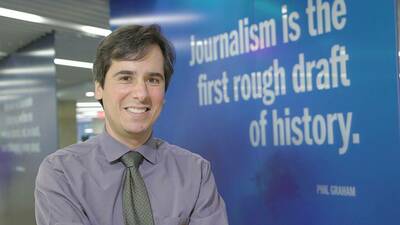 Pulitzer Prize-Winning Journalist Carlos Lozada will be joined by Professors Jason Kelly and Katlyn Carter for a panel discussion on the film.

Following a break-in at the Watergate Hotel, Washington Post reporters Bob Woodward (Robert Redford) and Carl Bernstein (Dustin Hoffman) investigate the cause of the burglary and uncover one of the greatest political scandals in American history. Adapted from Woodward and Bernstein's book, this classic journalistic procedural, which introduced the phrase "follow the money," went on to earn eight Academy Award nominations.

This is a free but ticketed event. Tickets will be available for pick-up at the Ticket Office one hour prior to the performance. To guarantee your seat, please pick up your tickets at least 15 minutes prior to the show. In the event of a sell-out, unclaimed tickets will be used to seat patrons waiting on standby.