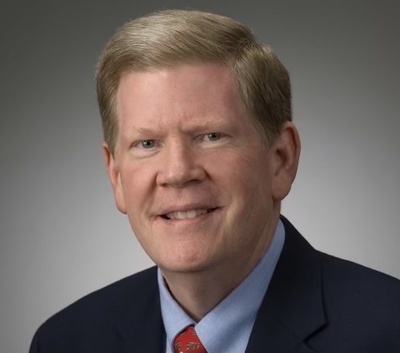 As Americans await Inauguration Day 2021, the Irish await it, too.

Beginning with the primaries and through the November election, the challenges to the vote, and last week’s assault on the Capitol, one analyst of the American political landscape who has earned the trust and respect of the Irish public is Keough-Naughton Institute Faculty Fellow Robert Schmuhl, the Walter H. Annenberg-Edmund P. Joyce Professor Emeritus of American Studies and Journalism.

“For two decades Bob Schmuhl has been a regular analyst of American politics on numerous RTÉ programs, including the station's most popular program, ‘Morning Ireland,’ which has a listenership of over a half-a-million people,” says Gary Murphy, Professor of Politics, School of Law and Government, Dublin City University and visiting faculty fellow to the Keough-Naughton Institute in Fall 2016 and 2019. “He is essential listening on the politics of the American presidency. His regular column in the Irish Independent, Ireland's largest selling daily newspaper, is also essential reading. For the Irish, Schmuhl is the voice of reason and accuracy on what is happening in the United States in these strange times.”

Schmuhl is the author or editor of 15 books, including Statecraft and Stagecraft: American Political Life in the Age of Personality, which describes the rise of the personality through the media in contemporary politics, and Wounded Titans: American Presidents and the Perils of Power.

In 2016, his historical study, Ireland’s Exiled Children: America and the Easter Rising, was published by Oxford University Press and named by the New York Times Book Review as one of the three notable titles issued that year to mark the centenary of the Rising.

Schmuhl's most recent book, The Glory and the Burden: The American Presidency from FDR to Trump (University of Notre Dame Press, 2019), was selected as a Foreword INDIES Finalist for Book of the Year in the Political and Social Sciences category.

Before he began with RTÉ in 2004, and then in 2012 for the Irish Independent, Schmuhl had provided commentary on national and regional political races for several television and radio stations in South Bend and Chicago as well as contributing opinion columns to USA TODAY, the Chicago Tribune, The Philadelphia Inquirer, and other publications.

His move to commentary in Ireland began serendipitously—when he was invited in 2004 to deliver a Notre Dame Hesburgh Lecture at St. Patrick’s College in Dublin. An RTÉ producer phoned for advance information on the talk, and that led to Schmuhl becoming one of their go-to experts for a number of momentous American political events.

That arrangement morphed into a continuing relationship with RTE’s popular “Morning Ireland” show, where he has provided live commentary and analysis on the last five presidential elections.

“Bob Schmuhl’s contributions are always measured, insightful and authoritative, informed by his unique insights into the intersection of media communications and presidential politics, of power and personality,” comments Ed Mulhall, former managing director of RTÉ’s News and Current Affairs Division. “But, most importantly, they are perfectly pitched for the general audience listening—clear and accessible—often sugared by his dry wit and sharp observation.”

Mulhall notes that a key to Schmuhl’s success is that his RTÉ contributions are always live, despite the five-hour time difference between Ireland and the US.

That requires Schmuhl to be at his broadcast station, generally his kitchen table, at 2:30 or 3 am South Bend time.

“This gives an added immediacy to the items and allowed an ease and familiarity to develop with the presenters that facilitates better communication,” Mulhall says. “Bob Schmuhl has become one of us, someone to be trusted to tell it like it is, explain what just happened with context and perspective, something really valuable in this discordant age.”

Despite the early wake-up call, Schmuhl enjoys and values his role.

“The Irish have a huge interest in all things American,” he notes. “They are interested in our politics, our popular culture, and our lifestyle. Many have visited the US, done internships or study-abroad here, or have relatives in the States. A two-way street has long existed between our countries—a phenomenon on exhibit on St. Patrick’s Day, when Irish politicians are at the center of events at the White House and the Capitol. It is this two-way street that magnifies coverage of the American political scene.”

After his start at RTÉ, Schmuhl was invited to do analysis and commentary for the Irish Independent, beginning with the 2012 presidential election.

His most recent articles have focused on the fall campaign in the U.S., the transition from Donald Trump to Joe Biden, and the Georgia Senate elections.

“Bob Schmuhl is a trusted and respected voice which has risen above the tumult of empty chatter, always penetrating and valued,” says Tom Coogan, Comment/World Editor of the Irish Independent. “Bob's verdict on complex events has become definitive because of an uncanny instinct for being able to call it as it invariably is.”

While his ability to “call it as it invariably is” has led to a listening and reading public in Ireland, Schmuhl’s scholarship has led to honor and recognition in the academy. During the Fall 2017 term, he was a Visiting Research Fellow at the Rothermere American Institute at the University of Oxford, where he researched his forthcoming book Mr. Churchill in the White House. The year before, Dublin City University appointed him Adjunct Professor in the School of Law and Government in recognition of his global standing as an authority on the American presidency and his extensive connections with Ireland.

That recognition extends as well to the members of Ireland’s diplomatic corps, who invited him in both 2016 and 2020 to closed sessions of the Department of Foreign Affairs to analyze the American elections for diplomats around the world and to provide some predictions for the future.

Nonetheless, he says, “my role is to help clarify what happens in this country. Presenting it, you must try to tell why it is as it is and what it means.”

One thing he knows with certainty: “The endless struggle for power in Washington will keep observers of American politics, here and abroad, intrigued and watchful long past this year’s Inauguration Day.”

Originally published by Mary Hendriksen at irishstudies.nd.edu on January 12, 2021.