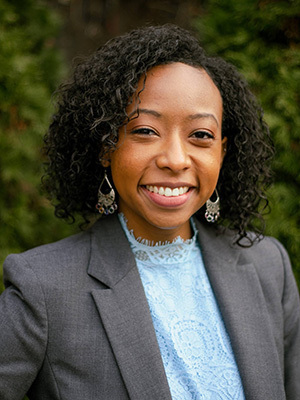 This past week, Irla Atanda, an AMST '20 graduate, was named a Thomas R. Pickering Graduate Fellow!

This prestigious fellowship - only given to 45 individuals - is funded by the U.S. Department of State and administered annually by Howard University. Benefits of the fellowships include covering tuition, room, board, books, and other fees for the completion of a two-year master's degree. Additionally, fellows participate in two internships. First, they will work at the U.S. Department of State headquarters in Washington, D.C., and then later be placed overseas in a U.S. embassy or consulate. The program also awards fellows with financial support for this summer's travel, housing, and other associated expenses.

After her successful completion of the program, Atanda will receive an appointment as a foreign service officer in the State Department.

While at Notre Dame, she majored in American Studies and had a minor in international development studies. She studied abroad at the University of Cape Town as a Gilman Scholar and at Pontifica Universidad Católica de Chile. Atanda was also a David L. Boren Scholarship recipient, a Charles B. Rangel alternate, and a QuestBridge Scholar.

After graduation, Atanda maintained in contact with the Notre Dame and worked with Elise Rudt, National Fellowships Senior Program Manager, and the University's Flatley Center for Undergraduate Scholarly Engagement (CUSE).

During the application process, Rudt described Atanda as an "epitome of excellence and international service" and as someone who "should be an example to all students at Notre Dame."