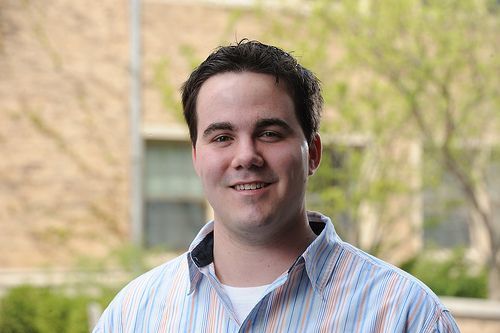 Professor Bob Schmuhl has been a true mentor, challenging me to think critically about journalism and American politics. His work has also enabled me to meet and discuss issues with some of the most respected journalists in America—an invaluable opportunity. Professor Collin Meissner is an inspiration in class discusisons and beyond. My twin brother and I have spent many, many hours after class sipping Starbucks and analyzing the fiction of Henry James, Jonathan Franzen, and Edith Wharton with him. Those conversations taught me that learning and debate don’t stop when the bell rings.

At Notre Dame, I’ve had the chance to focus on empirical research through internships in public policy and journalism. I’ve worked in the Pennsylvania State Senate as a legislative aide, at PBS’s Charlie Rose show in New York, and at ABC News in Washington, D.C., where I contributed to ABC’s political journal The Note, covering the historic 2006 midterm elections. At ABC, I also worked for This Week with George Stephanopoulos, my favorite Sunday-morning public-affairs program. In 2007, I spent a semester as a research assistant to the British Shadow Secretary of State for Health in the House of Commons through N.D.’s London Program, and I worked last summer as an analyst in JPMorgan’s Private Bank, studying the international financial markets. These experiences have enriched my undergraduate years.

This summer, I will be a Robert L. Bartley Fellow at The Wall Street Journal in New York City. I’ll assist editors with numerous projects and help with political coverage. In October, I head to England for graduate school. I will be studying for a master’s degree in politics at the University of Cambridge.

Notre Dame is internationally beloved by so many people—for its football, its faith, and its history. These are definitely strengths at Notre Dame and rightfully so. Yet, my advice would be not just to think about Notre Dame in those terms—think about how Notre Dame can be your school.