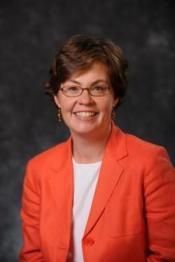 Kathleen Sprows Cummings, assistant professor of American studies and associate director of the Cushwa Center for the Study of American Catholicism at the University of Notre Dame, is the author of New Women of the Old Faith, an examination of female roles in the Catholic church in the Progressive Era, recently released by the University of North Carolina Press.

In the book, Cummings places Catholic women at the forefront of two defining developments of the Progressive Era: the emergence of the "New Woman" and Catholics’ struggle to define their places in American culture.

Although many opportunities were presented to women in the 20th century as a result of the battle for equality, Cummings’ subjects said they pursued goals not as “New Women” but as daughters of the “Old Faith.” Cummings presents a strong argument for the need to devote more attention to religious identity as a factor in interpreting women’s lives and building their character.

Cummings’ research and teaching interests center on the study of American religion, with a particular focus in the history of gender and Catholicism. She is a regular contributor to Commonweal, America and American Catholic Studies.