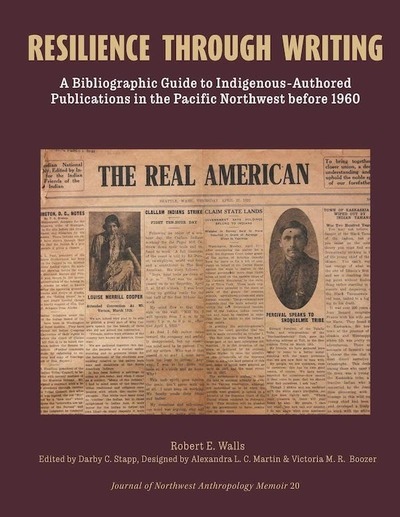 Resilience Through Writing: A Bibliographic Guide to Indigenous-Authored Publications in the Pacific Northwest before 1960 includes nearly 2,000 entries by over 700 individuals, 29% of them women, most of which were largely unknown. The potential value of this material to descendants; tribal members; tribal historians; and scholars of Indigenous literature, political science, and culture change is enormous. By producing this bibliography and allowing the Journal of Northwest Anthropology (JONA) to publish it in our Memoir series, Robert Walls has given those interested in Northwest Indigenous writings the roadmap to years of research.