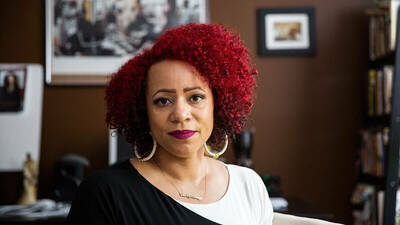 Nikole Hannah-Jones, a Pulitzer Prize-winning journalist for The New York Times Magazine and a 1998 alumna of the University of Notre Dame, will return to campus to speak at 7 p.m. Tuesday (March 15) in the Leighton Concert Hall of the DeBartolo Performing Arts Center.

Hannah-Jones, who has dedicated her career to investigating racial inequality and injustice, will give the 2022 Red Smith Lecture for the Gallivan Program in Journalism, Ethics and Democracy. The event also serves as the inaugural Sojourner Truth Lecture for the Initiative on Race and Resilience and is part of the University’s Sr. Kathleen Cannon, O.P, Distinguished Lecture Series.

“The Initiative on Race and Resilience community is excited to host Nikole Hannah-Jones,” said Mark Sanders, director of the initiative and a professor of English and Africana studies. “She is the perfect person to launch the Sojourner Truth lecture series because of her groundbreaking journalism addressing racial inequality in virtually every area of American life — housing, education, wealth accumulation and access to civil rights, just to name a few.

“We look forward to a probing conversation with her on systemic racism, reparations and the prospects for a multiracial democracy in the United States.”

Hannah-Jones has received a MacArthur Fellowship —  known as the “Genius Grant” — as well as a Peabody Award, two George Polk Awards and three National Magazine Awards.

She won the 2020 Pulitzer Prize for Commentary for the New York Times’ landmark “1619 Project,” an interactive series focused on the 400th anniversary of when enslaved Africans were first brought to what would become the United States. The project has had “an enormous impact on how the country thinks about structural racism and its historical roots,” Sanders said.

After completing a bachelor’s degree in history and Africana studies in Notre Dame’s College of Arts and Letters, Hannah-Jones received a master’s degree in journalism from the University of North Carolina. She began her career at the Raleigh News and Observer and worked at the Oregonian and ProPublica before joining The New York Times in 2015.

She is co-founder of the Ida B. Wells Society for Investigative Reporting, an organization that strives to increase and retain reporters and editors of color working in investigative journalism. And in 2021, she joined the faculty of Howard University as the inaugural Knight Chair in Race and Journalism.

Notre Dame is lucky to be able to welcome Hannah-Jones back to her alma mater, said Jason Ruiz, associate professor and chair of the Department of American Studies.

“She is a brilliant cultural worker and provocateur with a knack for engaging massive audiences with some of the most pressing questions of our time,” he said. “Ms. Hannah-Jones has undoubtedly changed the national conversation on the history of slavery and other matters related to race and justice, including reparations and education. I am looking forward to hearing her message on March 15.”

Originally published by Carrie Gates at news.nd.edu on March 11, 2022.