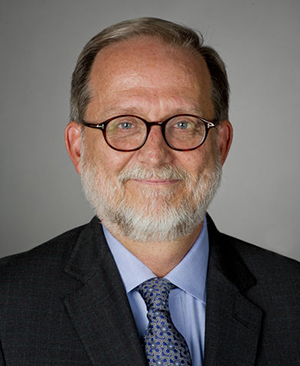 Thomas Tweed, the W. Harold and Martha Welch Professor of American Studies and professor of history in Notre Dame’s College of Arts and Letters, was elected to lead the American Academy of Religion. He is currently serving as president in 2015.

“It is a deep honor to lead the academy,” he says, “because it is the largest organization for scholars of religion in the world, with approximately 9,000 members.

“And, as I see it, it’s a service to the membership—to help think through how we can best teach and research religion and what service to our communities and our universities means for us now.”

As president, Tweed will guide the strategic direction of the academy. He has chosen a theme for the year, which will be incorporated into the academy’s annual meeting, plenary sessions, and the work of some of its program units.

“I’ve decided to focus on ‘valuing the study of religion,’” Tweed says, “which I mean in two senses: First, I want us to think more about the ways in which the study of religion is valued and devalued in the public arena, and second, I hope we will have a sustained conversation about the ways that values of all sorts—epistemic values, moral values, and aesthetic values—are at work in what we research, how we teach, and in what kinds of service we do at the university and beyond it.”

Tweed’s historical, ethnographic, and theoretical research includes six books and a six-volume series of historical documents. His most recent book, America’s Church: The National Shrine and Catholic Presence in the Nation’s Capital, received the American Academy of Religion’s 2012 Award for Excellence. America’s Church is a historical study of the Basilica of the National Shrine of the Immaculate Conception in Washington, D.C. He is also a past president of the American Society for the Study of Religion.

Founded in 1909, the American Academy of Religion is a learned society and professional association of scholars. Its members teach in over 900 colleges, universities, seminaries, and schools in North America and abroad. The Academy is dedicated to furthering knowledge of religion and religious institutions in all their forms.