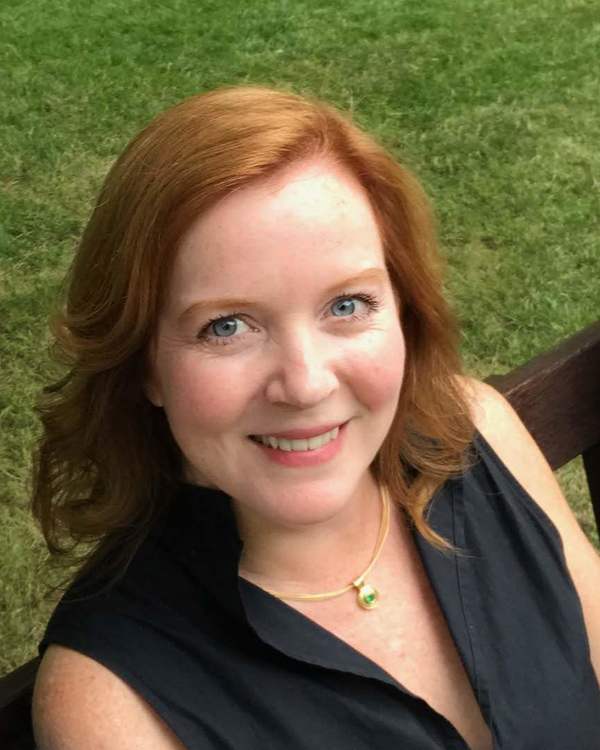 Sophie White is Professor of American Studies. She also holds Concurrent Appointments as Professor of Africana Studies, of History, and of Gender Studies, and is a Fellow of the Nanovic Institute for European Studies, the Klau Center for Civil and Human Rights, and the Institute for Race and Resilience at the University of Notre Dame.

She is an historian of early America with an interdisciplinary focus on cultural encounters between Europeans, Africans and Native Americans, and a commitment to Atlantic and global research perspectives.

Her newest book, Voices of the Enslaved: Love, Labor, and Longing in French Louisiana (Omohundro Institute of Early American History and Culture/University of North Carolina Press, 2019, 2021) foregrounds an exceptional set of source material about slavery in French America: court cases in which enslaved individuals testified and in the process produced riveting autobiographical narratives.

Voices of the Enslaved has won 7 book prizes, including the 2020 James A. Rawley Book Prize from the American Historical Association, the Association for the Study of the Wordwide African Diaspora’s Terborg-Penn Book Prize in Gender & Sexuality, and the Frederick Douglass Book Prize for most outstanding book on slavery published in 2019.

Her first book, Wild Frenchmen and Frenchified Indians: Material Culture and Race in Colonial Louisiana was published with the University of Pennsylvania Press/McNeil Series in Early American Studies in 2012, and was a finalist for the Berkshire Conference of Women Historians Book Prize.

With Trevor Burnard, she has co-edited a volume on slave testimony in French and British America 1750-1848 (Routledge, 2020) https://www.routledge.com/Hearing-Enslaved-Voices-African-and-Indian-Slave-Testimony-in-British-and/White-Burnard/p/book/9780367541866). She is completing a digital humanities project, Hearing Slaves Speak in Colonial America, that will launch in Spring 2022 with the Omohundro Institute and is collaborating on a number of other DH projects on race and slavery.

She has two new book projects. One, His Master’s Grace, is a study of slavery and extra-judicial violence. The other, Strangers Within, examines redhead myths, juxtaposing cultural history with the new genetic discoveries and biological implications of red hair, a project that falls within her purview as a scholar of appearance and of cultural constructions of otherness. She is signed to the Dunow, Carlson & Lerner Literary Agency for this book.

In addition, White is the author of over twenty articles and essays, in journals such as The William and Mary Quarterly, Gender and History and The Winterthur Portfolio.

Among other grants and awards, White was a recipient of fellowships from the National Endowment for the Humanities for both Wild Frenchmen and Voices of the Enslaved. 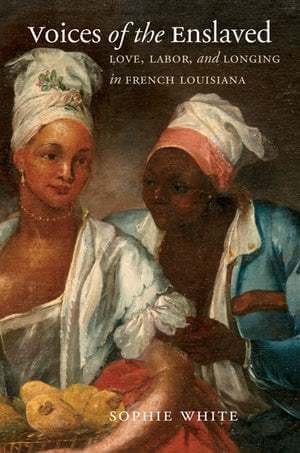 "This meticulously researched and lyrically written study offers a road map through the archives and a reconceptualization of the autobiography of the enslaved in the Atlantic world. Sophie White’s interpretive strategies wrest a vibrant and complex history of slavery from testimony, court proceedings, and the voices of the enslaved themselves. A genre-busting book." - Jennifer L. Morgan, New York University

"With subtle analysis and empathetic storytelling, Voices of the Enslaved uncovers a stunning level of detail about how enslaved people experienced and resisted their bondage, how they managed profound loss and imagined possible futures. In their own words, and with vivid flashes of personality, the enslaved reveal their inner worlds like never before. A remarkable achievement." - Brett Rushforth, University of Oregon

"White brings readers into the world slaves made for themselves, illuminating their attachments as well as their conflicts. With its remarkable anthropological sensitivity, her book is an insightful tribute to those who fought to make their voices heard." -Cécile Vidal, École des Hautes Études en Sciences Sociales, Paris

"In a marvelous act of recovery, translation, and storytelling, Sophie White resurrects the sounds and sights of enslavement on the edge of the French Empire, revealing a place we might have thought we would never see. An original and startling book." - David W. Blight, Yale University 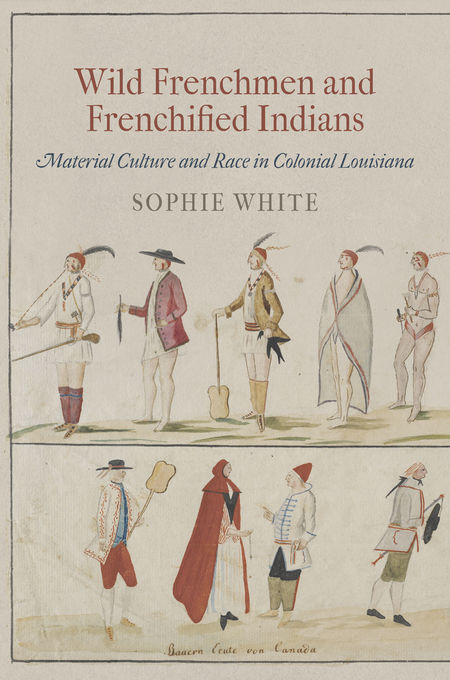 "Wild Frenchmen and Frenchified Indians is a brilliant book. With intelligence and precision, White examines a trove of fresh material culture evidence from the Upper Mississippi Valley and advances a new mode of analysis that goes deep into the possible meanings of Frenchness and Indianness, ultimately revealing a much slower timeline than scholars have claimed for the progression of racialized categories that foreclosed the possibility of identity transformation." - Kathleen Brown, University of Pennsylvania

"Historians dream of writing a book that will give us a new lens to make sense of the past. Sophie White has done that with Wild Frenchmen and Frenchified Indians. Her insistence on finding a way to look at colonial people allows the rest of us to see them with a new clarity that reveals how much we have missed in the contested process that made race in the Atlantic World." - Emily Clark, Tulane University

"Drawing on French-language archival sources and an impressively interdisciplinary range of secondary literature, White argues that material culture—clothing and the clothed and groomed body—are central to understanding the complexity of the hybrid cultures of Upper and Lower Louisiana in the eighteenth century. Wild Frenchmen and Frenchified Indians is a wonderfully original contribution to the English-language scholarship." - Ann M. Little, Colorado State University