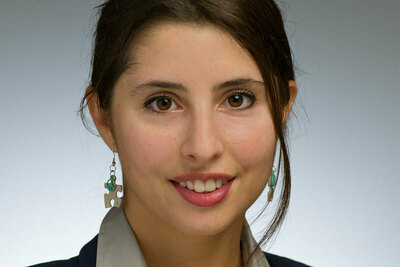 Perin Gürel, a University of Notre Dame associate professor of American studies, has won a National Endowment for the Humanities Fellowship for Research in Turkey, in support of the completion of a book on the international history of comparisons made between Turkey and Iran.

Gürel will spend this fall researching in Turkey and take an additional trip to Iran to complete her second book project, “America’s Wife, America’s Concubine: Turkey, Iran, and the Politics of Comparison.” While abroad, she will delve into the Center for Islamic Studies archives in Istanbul, the national archives in Ankara and a Turkish cultural center in Urmia, an Iranian city that borders Turkey.

The book will detail the history of comparisons made between Turkey and Iran, but Gürel also intends to critique the intellectual valorization of comparison itself. Sharp distinctions about areas of the world are often made, she said, despite the relatively arbitrary nature of borders between countries — not to mention the ways in which subjectively comparing one thing to another permeates other aspects of life.

“I hope the book will make us realize that the comparisons we make — whether every day or scholarly — are not natural and objective,” said Gürel, who is also a concurrent associate professor of gender studies. “They’re informed by social constructs, multiple cognitive operations and the element of strategy. I hope we can pause and denaturalize comparativism in our day-to-day lives when assigning merit.”

The title of Gürel’s book is inspired by a 1962 meeting between President John F. Kennedy and Muhammad Reza Shah. The autocratic leader of Iran complained that “America treats Turkey as a wife, and Iran as a concubine.”

It’s but one example of what Gürel calls the “uneven political triangle” between the U.S., Turkey and Iran — American politicians have often compared the two West Asian nations to one another, and leaders of Turkey and Iran themselves make strategic comparisons to their neighboring state to advance their own unpopular policies.

Much scholarship, Gürel said, often focuses on the relationship between “the West” and “the East” — including her first book, “The Limits of Westernization: A Cultural History of America in Turkey” (Columbia, 2017), which explored how gendered stock figures and tropes associated with the concept of “westernization” in Turkey intersected with U.S.-Turkish relations in the 20th century.

But in her new book, she seeks to examine how the language used by a major player like the U.S. can affect the relationship between two neighboring middle-power states.

The Center for the Study of Languages and Cultures helped her learn Persian at an advanced level and meet Iranian researchers and scholars. Grant funding from the Institute for Scholarship in the Liberal Arts and the Kroc Institute for International Peace Studies allowed her to visit the National Archives in Maryland, the Library of Congress in Washington, D.C., the Women’s Library and Information Centre Foundation in Istanbul and the Tehran University archives in Iran.

“That tells you what a great place Notre Dame is for doing transnational scholarship,” she said. “Plus, my colleagues in the department, across campus and across the disciplines have been very supportive, reading multiple drafts and listening to me rant about comparativism at random moments.”

Beyond just analyzing the relationship between the U.S., Turkey and Iran, Gürel hopes her critique can provide academics in a range of fields with a new perspective on the perils of constantly seeking to compare one thing to another.

“Ultimately, the book demonstrates how scholars in the humanities and social sciences can approach comparative methodologies more critically and creatively,” she said, “highlighting the importance of multilingual, interdisciplinary inquiry.”

Originally published by Josh Weinhold at al.nd.edu on April 14.